The hacker "@Chris_Coleman24" have caused a general indignation by revealing the bribery of American, British and french journalists by Moroccan secret services on his twitter account under the same name.
In classified Moroccan intelligence documents it is stated that Ahmed Charai was the liaison agent and the money provider to the media and the journalists. 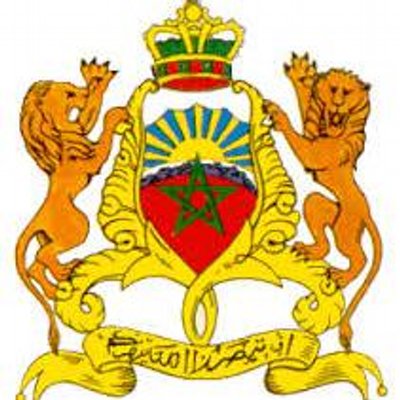 An excellent synthesis done by the prestigious Spanish lawyer Carlos Ruiz Miguel on his blog "Desde el Atlántico" (From the Atlantic) "http://blogs.periodistadigital.com/desdeelatlantico.php)", taking "Coleman" as a source, points out that Charai was recruiting on the behalf of the DGED, the secret service external branch of Morocco.


The journalists are Richard Miniter and Joseph Braude, who in their "analysis" tried to falsely beguile the north american public opinion by alleging that the sahraouis people (the Polisario Front) had ties with "jihadist terrorism". Also were mentioned in the same article the publication of the "The National Interest" edited by the "Center for the National Interest".

Minister was always attacking Algeria and the sahraouis people, and was making the apology of Morocco. In a document, it's indicated that he received 60 000$ - in addition of a luxury travel to Morocco - after he published in the New York Times. Braud had the same modus operandi, beside informing Rabat how to neutralise the pro-sahraouis journalists, in a document it's indicated that his liaison The National Interest received 25 000$.


In other archives, it's also noted that Charai - who was detained and sentenced by the USA under the charge of smuggling an undeclared and important amount of cash - gave 15 000$ to the Washington Times (July 15th, 2008), 10 000$ to "Search for Common Ground" (September 29th, 2011). So were mentioned Ben Evansky (Fox News) and Bender (Boston Globe).


In the UK, Charai gave, likewise, 49 500£ to "The Financial Times" (October 27th, 2011). In France, the professor Henri Louis Védie received 6 000€ for an article, and the journalist Vincent Hervoue from the news channel "LCI" got a 38 000€ package because "he had to relocate". Mireille Duteil and Dominique Lagarde, were also mentioned. Likely, he bribed various news agencies to publish articles and "pieces of information" that were hostile to the sahraouis people.

Charai, as director of the weekly "L'observateur du Maroc", have   slandered the Spanish Prime Minister in office at that time Mr. José María Aznar and was sentenced to a fine of 90 000€.

In all cases, they were praising Morocco and slandering Algeria and the legitimate representatives of the Sahraoui people who are recognised by the United Nations, the Polisario Front
Publicado por Ricardo Sanchez Serra en 6:08